Bedtime Story No.1 – The Moustache Story 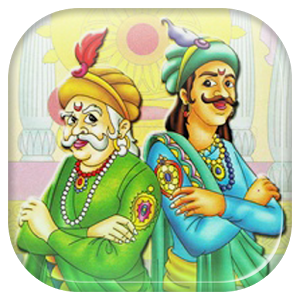 One Morning King Akbar was sitting on his throne talking to his ministers about moustaches, One of the Ministers said “I don’t even let my barber touch my mustache, I trim it myself” while the other exclaimed that if he went home without a moustache his wife would leave him. Upon hearing this, Emperor Akbar says that anyone that touches my moustache shall be executed, all of his ministers agree to this insane statement. Emperor Akbar asked Birbal about his thoughts on the same, Birbal replied “I don’t believe that is true your majesty, I could even say that you would be pleased if I feed that individual sweets”

Akbar asked Birbal to prove his unimaginable theory in front of the court or he will be punished accordingly. Birbal asked for permission to leave the court, while the rest of the ministers opposed accusing him of trying to flee the court. Akbar granted Birbal permission and he left.

Few Minutes later, Birbal returned with a child in his hands. Birbal quickly handed the child to Akbar. Akbar confusingly asked Birbal “Why have gone and got my grandson instead of proving your theory?”. Birbal Replied “Your Majesty, look at what your grandson is doing, He is pulling your moustache and playing with it, now tell me Your Majesty, are you going to punish him for this” “No” Exclaimed Akbar. “Then shall I feed him sweets?” Birbal asked joyfully. Akbar was pleased with Birbal’s intelligence and rewarded him with some precious jewels.

Bedtime Story No.2 – The Magical Pot 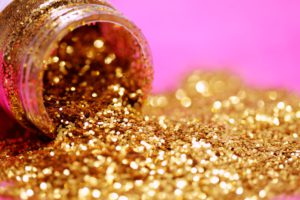 Once Upon a time, there lived a farmer in a small village in the kingdom of King Richard. The farmer was a very kind man and tried to an honest living. One morning when the farmer was tilling, he hit some metal with his shovel. The farmer quickly started to dig curiously trying to find out what it was.

He decided to go to the market and sell the mangoes, he made a handsome profit while doing so as well. While coming back from the market he bought a few grains to put in the pot. He went home and put each grain in the pot one by one, soon he had enough grains to feed the whole family for a whole year. The next day he told his wife about the magical pot and they both decided that they need to protect the pot and use it wisely.

A few years passed and the farmer got richer and richer.

All the villagers started to question what brought him so much wealth. Then, one day a villager saw what the farmer was doing through his window. He then went to king and told him what he had seen at the farmers house.

When the king found out about such a magnificent and magical pot. He said “such a magical pot deserved to belong to the king’s estate and not with an ordinary farmer”. So, he sent across a few guards from his palace to the farmers house to get the magical pot.

The Kings guards went to the farmers house they, took the pot and left. The pot was then presented to the king. The King out of curiosity tried to look what was inside the pot but instead fell inside the pot, knocking himself unconscious in the process.

When the king woke up, he saw that there were several kings fighting each other to win the throne for themselves. They all killed each other in the process.

When the farmer’s wife asked him to get the pot from the king’s estate, he replied We have enough money and food to feed many future generations to come.”

Bedtime Story No. 3- The Greedy Mouse 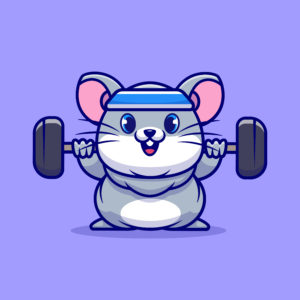 One day a mouse was running through a field. The Mouse then noticed that there was a basket full of corn in the field. He saw that the basket was too big for him to climb. After several failed tries, he decided to make a small hole in the basket and enter from there.

The Mouse quickly made a hole in the basket with his teeth and barely managed to fit inside. He then ate corn for the rest of the day but then when he tried to leave. Even after several tries he couldn’t fit through the hole because his belly had bulged out. So, he decided to sleep in the basket.

The next day when he woke up, he was fit again but became greedy and he decided to eat again. Again, his belly bulged out and he had to sleep in the basket again.

The next day the same thing happened. Some time later, when the mouse was asleep a cat ran across the field and smelled the mouse. The cat quickly jumped into the basket. When the mouse tried to escape, he couldn’t fit through the hole and got eaten by the cat.

If you liked any of the stories or want more bedtime stories for kids let us know in the comments below. If liked this article you should check out more from Wizaru.