Social Media – A Boon Or Bane For Kids?

In this digital age, we all are on some kind of social platform, be it Facebook, Instagram or even LinkedIn. Although these platforms has been around for quite a while now, but for children it has been there from their childhood. As such children now often want to get an account on these platforms as soon as possible fearing what they might be missing out on, which might not be the best idea for them and a large horrific nightmare for the parents. As it takes 1 little mistake for a child to ruin their entire reputation on social media it becomes important to them but is there something to be worried about? Let’s talk about all of that in this article and clear everything up.

Why is Social Media Important to teens?

Social Media is a big thing especially for teens, as they start spending more and more time on their phones. With everyone on their phones and only some that have access to these platforms. It becomes a game of exclusivity.

Social Media is a way for friends to connect and talk, share photos and have fun. And, if they don’t have an Instagram account, or Snapchat, they feel like they’re missing out on the fun of being a teen in the digital age.

What is an appropriate age to give a child a Social Media account?

While the age of 13 looks to be the standard for the minimum allowed age to be on most social media platforms, it doesn’t mean that it is the correct age.

Teenagers are still kids, meaning they are still vulnerable to a lot of things like being bullied and linking their self worth to the amount of likes they get on a post.

At what age your child, joins a platform is a decision you will need to make after you weigh the pros and cons and then decide if your child is mature enough to handle an Instagram/Facebook/Twitter account.

What are Pros and Cons of Social Media for Teens? 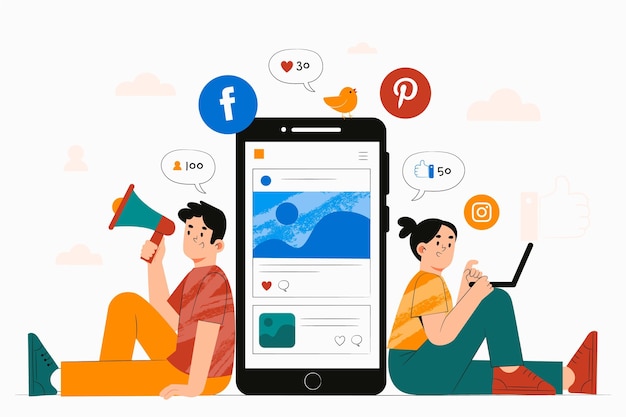 The Pros of social media are as follows: –

The Cons of social media are as follows: –

I think that my child is mature enough, What Now?

Social Media can be a good thing for your children allowing them to raise their voices. And, even potentially make money from their endeavours but if you decide that your child is old and mature enough for social media. Regulation is key, if they decide to make an account without your permission and your knowledge it can cause serious repercussions if something goes wrong.

Here are somethings to make sure to explain to them before they can make an account on any social platform: –

These 3 Points are small and concise so that you can keep repeating them until they understand.

Netflix also made a Documentary called The Social Dilemma. It briefly talks about the effects social media has on children and how it affects their lives. There might be somethings we missed on this article, let’s talk about that in the comments. If you liked this article, here’s one we recommend you read next: Exercises for kids

Prev post Why Reading Books For Kids Is Important? | 3 Book Recommendation For Kids
Next post 53 Amazing Questions For Kids Quiz With Answers

10 Good Habits For Kids For A Healthy Lifestyle

5 Fun Activities For Kids This Summer