The A Major Chord is one of the most beginner friendly chords to learn as a beginner. This Chord in Combination with a few other easy to learn chords like the D and E Majors can be used to play songs like Happy Birthday, so it can be a cool birthday surprise for someone you care about. Here’s a Picture to help you with your finger placement and try to use your Pinky, Ring and Middle Fingers to play instead of using your Index, Middle and Ring Fingers as this will help you as you keep playing. 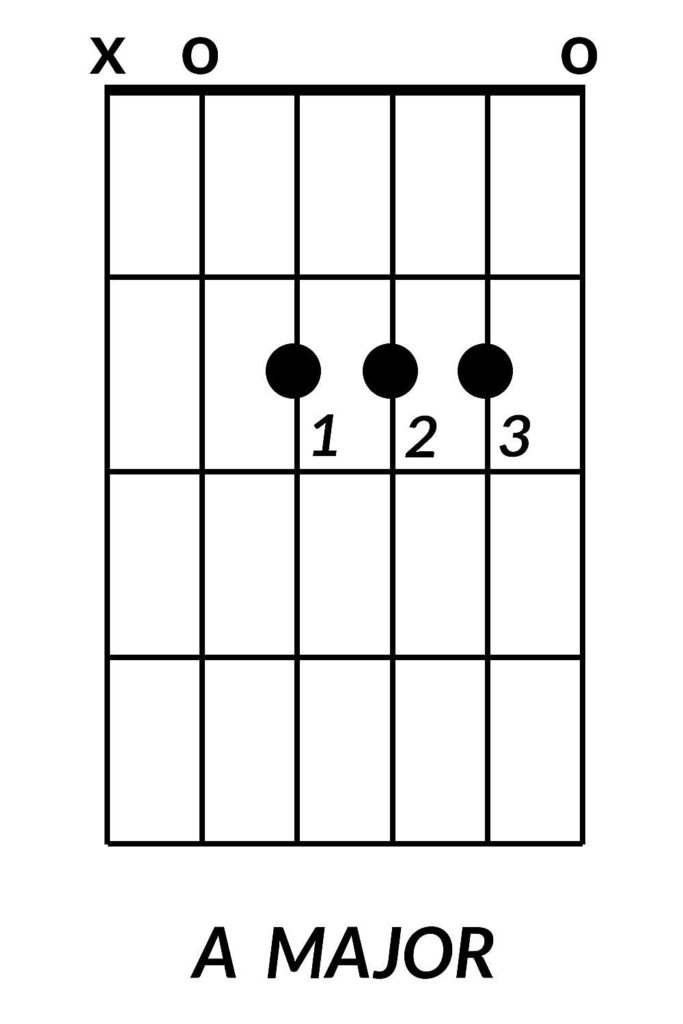 C Major is another beginner friendly chord that can be paired up with others to play Imagine by John Lennon and Let it Be by the Beatles. Here’s a Picture to help you with your Finger Positioning 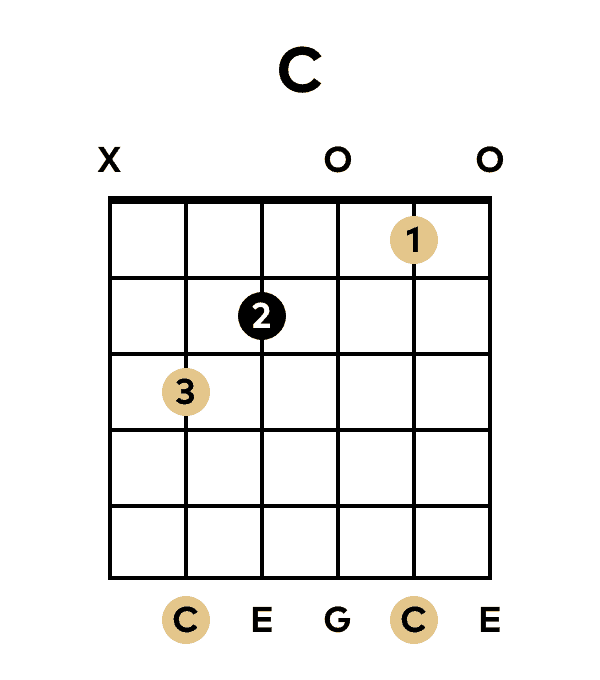 D Major is another beginner friendly chord that can be paired up with others to play I’ve Got A Feelin’ By the Beatles and Walk on the Wild Side By Lou Reed. In Fact some say D Major should be the first Chord that a new Guitar Player should learn. Here’s a Picture to help you with your Finger Positioning. 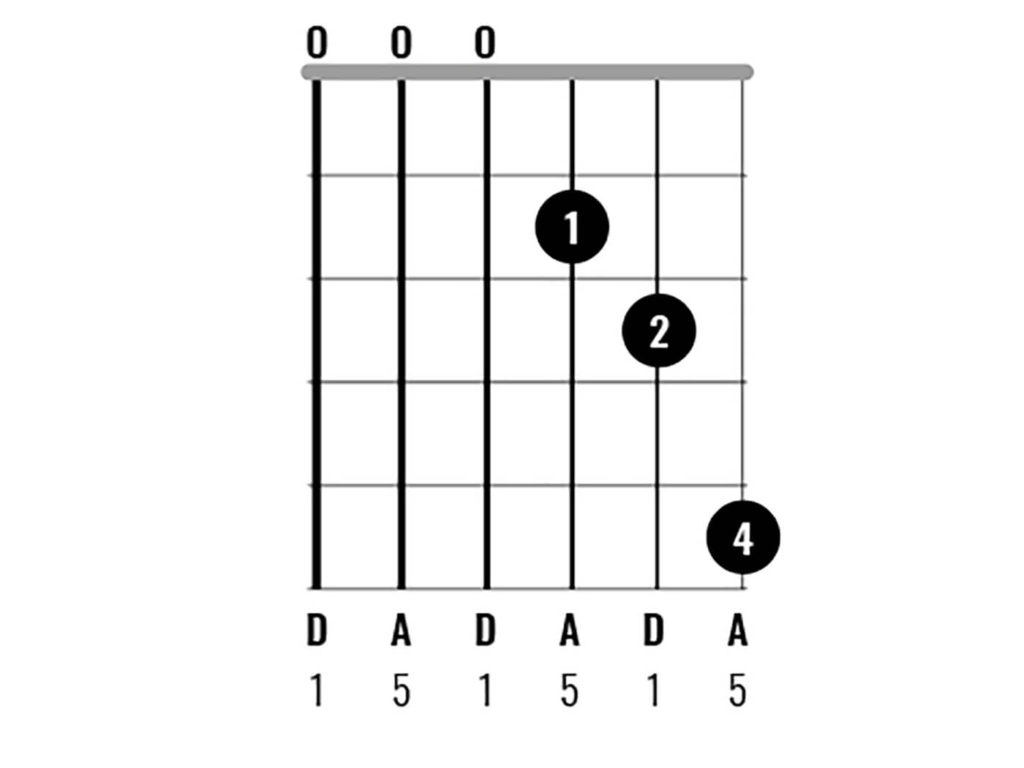 When Playing the Guitar, Some new players keep their wrists at a 90 Degree angle, try and keep your wrists at a 30 Degree Angle, if you’re not comfortable with that keep it at a  45 Degree Angle. This will prevent your wrists from long term pain as sometimes the weight of the whole guitar falls on the wrist when you keep it at 90 Degrees. But, there should still be enough space between the palm of your hand and the guitar that a pencil can fit in between them or else the guitar won’t play as it should.

E Major is an interesting but sometimes tricky chord to learn but once you get a hold of it, It opens many doors. By Just Combining E Major and A Major Chords you can play Songs like U.N.I By Ed Sheeran, For What It’s Worth by Buffalo Springfield and Achy Breaky Heart by Billy Ray Cyrus. Here’s a Picture to help you with your Finger Positioning 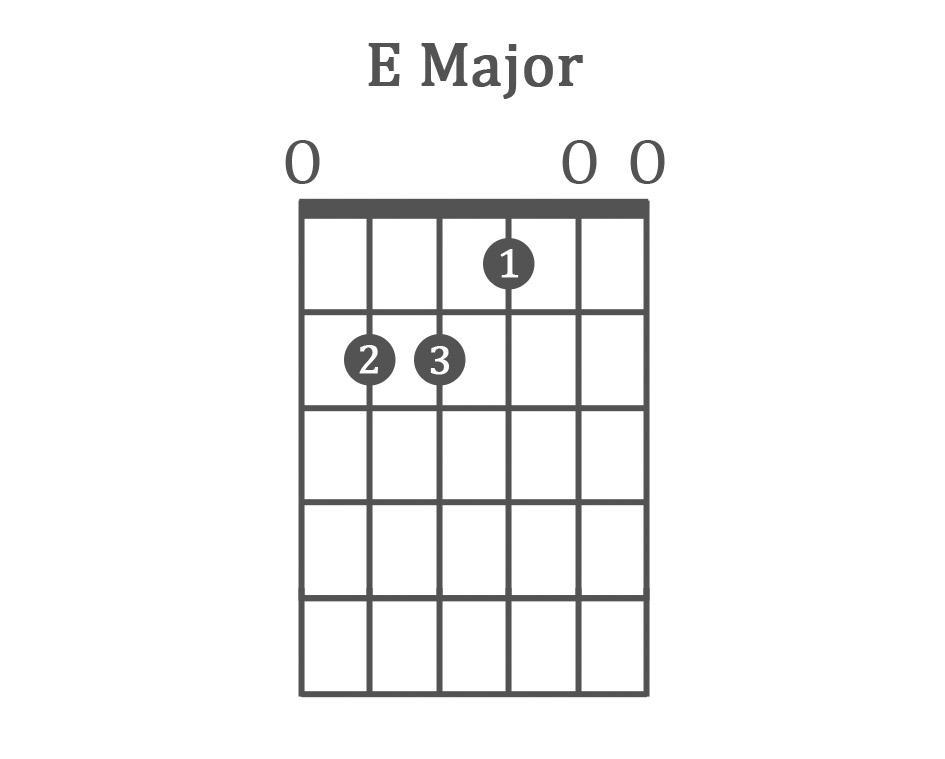 Once You’ve mastered E Major why not move to a minor chord for a change and learn E Minor. This one Paired up with A Minor can allow you to play modern songs like Moves Like Jagger by Maroon 5 and Sing By Ed Sheeran.  Here’s a Picture to help you with your Finger Positioning 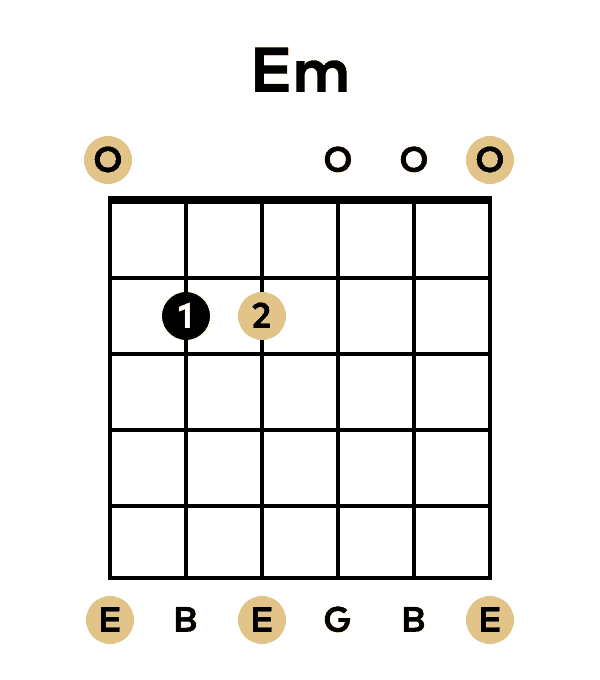 If you liked this article talking about Guitar Chords and it helped you make a decision about Online Guitar Classes, Let us know in the comments down below. Until then Here’s an article we think you’d like:- 5 Fun Indoor Games for Kids.

10+Easy Songs In English And Bollywood For Beginners